Anthony Bourdain Goes Deeper then Ever Before: Congo 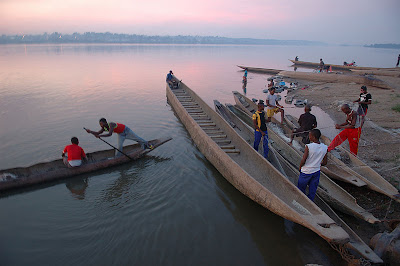 I had been told that the season finale for Anthony Bourdain's new "Parts Unknown" show was probably the best one ever done. Going through an immense personal crisis in my life, I avoided it for a few weeks; even though I knew the other critics were probably right. Even though it is one of my favorite shows, I wrongly thought that he would break bread with some tribes in the bush, and maybe have a few difficulties along the way, like some little river cruise. When the night finally came to watch, I gave it my attention.

The first thing that I did not realize was just how in ruins almost the entire place is. Occupied by Leopold of Belgium and rid of literally hundreds of thousands of it's inhabitants, so much of what used to be there is in farther abyss than we could even perceive in our country. You really have to imagine the most ruined destination you have been through with grass growing all over and just a few old rails and concrete blocks sticking out. Mile after mile.

Anthony points out well here that the land is rich in resources, but has been mismanaged to it's utter breaking point and basically left to rot like a carcass. Flying out of an airport in a very old prop plane that used to be for royalty, they are roughing it way, way more than even the Amazon. This is truly no man's land, and a gift of a bracelet from the 1930's is a highlight of the show. There are parallels here to the Libya episode, but here in the Congo, everything has done happened, left, and there is not even a caboose to watch go away in the distance after you have been ran over. There is just not much left but struggle.

Speaking of cabooses, It is amazing that there are proud people in the Congo that work on failed old railroads and also a library full of moldy volumes. Not being paid at all for God knows how long, they still show up. To see this up close in real life was probably a shock, we know Anthony has seen poverty before, but... this is a desperation of a very pillaged land. From a production standpoint, there are probably times during this episode where the shooting was simple; but most likely not. Libya looked difficult at times too; but this area most likely took the cake.

I think the reason why this was such a grand finale was they way in which Anthony encountered chaos and turbulence. He knew he always wanted to go here, and also knew that when he did it was deemed to be a bit hellish, as the "Heart of Darkness" references insist. And while finally on a boat going down the river, cooking appeared very, very difficult. Most of us here in the states would have given up. In the morning the guide takes some shots of hard liquor, probably a very rough roadie's start when you already are maybe rationing your water. 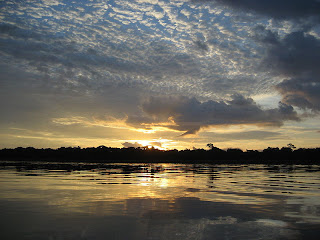 I had went back to visit the Boston episode of Bourdain and loved it just as much, for the pub culture and commentary. During "The Layover" when he goes to Montreal, there is some incredibly fine dining shown and his usual engaging excellent style. But I think he was really taken aback by this location, beyond primitive; basically destroyed. He is starting to obviously miss his family and things are getting more raw. This Congo episode is really a must see, and sooner the better.

A great one to watch after this would be an older show where he goes back to work a shift in the busy restaurant he got his start in; traveling the globe like he does now did not come overnight, or easily. Knowing everything foodie and beginning to know everything culturally, he will be seen as an authority on globe trotting for a long, long time. He has fallen in love with everything from Venice to Vietnam; and wears his heart on his sleeve for the duration.
Posted by Jonnymwpro at 11:12 PM