The Astral Plain of the Aquarium: "Better Call Saul" Season 4 Episode one Recap 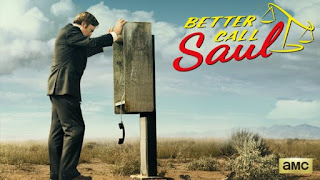 Staring at a home aquarium can appeal to one's sense of peace, comfort, and a sense of wonder. Feeding the fish and watching just how quickly they swim to the surface to devour their meal is captivating, and brings to mind the savage instincts that it takes to survive in any element of the current global climate. It's not surprising that the aquarium was a key focal point for this first episode of season four, providing a window into loss, injury, and trajectory. After more than a year off, many worldwide tuned in last night to follow the happenings of the bumbling-but-somehow-savvy lawyer who always seems to find himself in a tangle of sorts, and "Smoke" was an episode that tied up many existing questions. 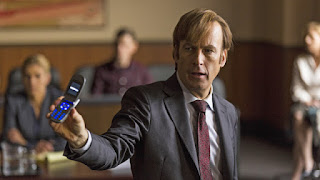 My closest cohort lamented to me from a crowded rush-hour Pacific Northwestern bus after reading an article about the overlapping timelines between the shows, "Why isn't Kim ever mentioned or shown in 'Breaking Bad?" This episode does not exactly give us any answers here, but rather begins to delve into the events immediately following Chuck's suicide at the end of last season. Dying from the result of kerosene flames at the end of last year's finale, we were shown the madness of a man who lost his identity, even though he somehow came to an abrupt peace with his paranoid fear of electrical current. 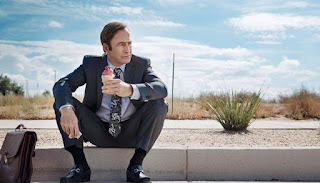 What is arguably the pinnacle moment of this week's episode involves Chuck's boss Howard lamenting to Kim and Jimmy that "Chuck did what he did because of me", referring to his decision to push chuck out of the firm some time ago. Jimmy, who has been in the haze of loss and ruin for the entire episode, suddenly livens up, and we are shown the strange, quizzical, somewhat sociopathic charms of the Jimmy we first met around a decade ago, when he aided the drug-slinging Walter White. Happily getting ready to fix coffee and feed the fish in the aquarium, he says strangely, "Well Howard, I guess that's your cross to bear". 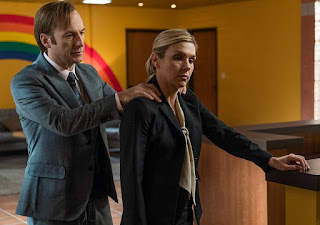 We are also shown that Hector Salamanca barely survives his parking lot collapse, after Nacho painstakingly swaps out his needed medication. As the ambulance drives away, we sense that Gus may be very keen on the plot, and that everyone surely wishes he were, in fact, deceased. Victor is sent to tail Nacho, and doesn't realize that he drives off with a tracking device attached to the car. This imagery is parallel to the masterful portrayal of the game of cat-and-mouse in the Cohen Brothers' epic "No Country For old Men", and I have always enjoyed the presence of the beeping boxes that are in place to follow those in this wonderfully-lain out show.

Mike is more than just the ultimate security professional. It is marvelous to watch him steal an employee pass, board a cart that hauls recklessly through a warehouse, with the ultimate goal of letting them know his presence. Mike is beyond calculated, and we once again get to witness his dedication to a child, wonder what thoughts cross his mind in front of a small television at night, and realize that if there is anyone in a current TV series who portrays a weary fearlessness to perfection, you need to look no further. 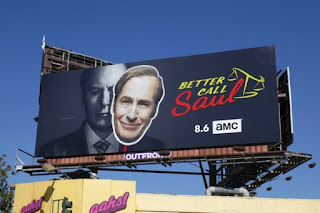 Situated in Omaha and shot in Black and White, the beginnings of most "Better Call Saul" episodes show what happens to him as manager of a Cinnabun, where he needs to disappear permanently after the "Breaking Bad" timeline draws to a close. After suffering a dire emergency, he winds up in the hospital, and we are shown a well-spun segment of him not being able to locate his social security number, and the possibility that his entire identity may finally be compromised. A cab driver with an air freshener from New Mexico injects fear of Jimmy's identity already blown wide open to bits regardless, and we have to wait a week or two to see if it was chance, or indeed a long arm of the cartel or vigilante law that has located him hiding out in the Midwest. 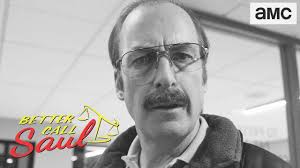 Some have complained that this series just doesn't move quite fast enough for them. It almost gets under the skin of many, while we slowly watched Jimmy and Kim's relationship blossom, only to see what seems like an array of characters that pedal around in circles. But at the core, we are thrown an appetite-wetting sample of the best in modern television writing is. The way things are set up here can tend to make you wait for a climax, then drift sideways into a plot that you may not understand if you are not fully caught up. "Better Call Saul" really spoke to me because it showed us how someone who once worked in a mail room worked his way up, then anything but usual circumstances were thrown at him. Everyone I know is excited to keep following along, and see just how this brash and now wounded fast-talker will manage to "swim to the surface" of his own aquarium.  -J

Posted by Jonnymwpro at 9:49 AM No comments: