The Nostalgia Of 8-Bit Bliss: Under-The-Radar Gems From the Bounty of NES 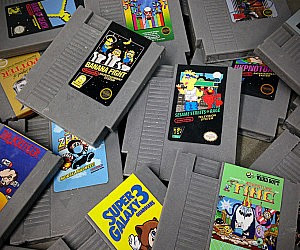 As bands like Duran Duran and Journey's hits blasted into jam-packed and sometimes dim rooms, stepping into an arcade during the 1980s was downright exciting. Featured in movies such as “Tron” and Netflix's smash hit “Stranger Things”, the inviting world of warmly bleeping sound effects, heroes fighting for their lost loved one, or fighters defending themselves against attackers like millipedes, stand-up arcade excitement was a large and influencing element of pop culture. When the NES system first came out in the states in 1986, it was not just a ploy to bring the best in gaming to living rooms nationwide, it was a well-planned solution to curb the effects of a recession that occurred within the industry during 1983.

Super Mario Bros, The Legend of Zelda, Tetris, Punch Out!, and Metroid were some of the best sellers on the system. Incredible games that did an excellent job of showcasing the color, accessibility, and high fun factor that the system had, they will always remain as some of the tried-and-true classics, and I myself revert back to them many times. Many classics such as Burgertime, Galaga, and Popeye were given the ideal home on the NES, as early Atari 2600 versions did not quite have the capability to offer up the layering and action that the coin-op games did. 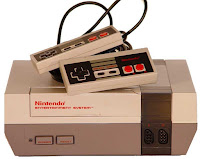 So many games were great to play on the NES. Side-scrollers like Castlevania and Contra were the absolute definition of addicting: they combined a well-balanced color scheme with a plot that was engrossing and deep. Here today I will showcase a few of the “under-the-radar” gems that the system offered. Honestly there are so many, that this opens the door for more reviews, and if you are a true NES geek, these will be familiar to you. This is just a quick roundup of some of the titles that remained a bit off the beaten path, but were still full of that rich colored, exciting gameplay that sold so many people on the system in the first place! 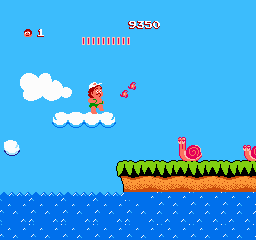 Adventure Island Classic was released in 1988, and is the adaption of the Sega game “Wonder Boy”. Much like the “Super Mario Bros” fare, a princess is kidnapped and needs to be rescued. The appeal to this game for me was really the well-balanced color, and the way it felt to throw the axe while jumping through various cloud formations. It is simple, but has the appeal that many 8-bit side-scrollers do: you were now playing through multiple “worlds”, and not just repeatedly playing on one never-changing screen. Even though the scenes are the same every time, the side-scrolling heroine rescue games were always fun to re-play, not wearing out after one successful attempt. 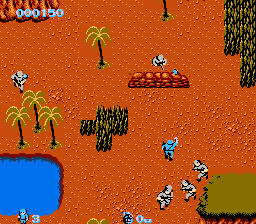 Commando is another title that won't seem under-the-radar to some, since it was a successful standup arcade game from Data East. It is a vertical scroller where you must fend your way through groups of soldiers, lobbing grenades, and with a multi-direction firing joystick. At the end of every level, you have to fight a larger number of soldiers on the offense, and you really had to be good at firing and chucking grenades. The reason why this game was so genius as a standup is that it was one of the first game I witnessed players shoving many quarters in out of dire frustration: it gets pretty hard quick due to the number of enemy soldiers after you, and there is a real sense of “old-school gaming satisfaction” when you lob a grenade and make a crucial kill. 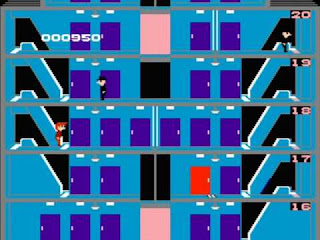 Elevator Action is an NES release of an arcade game with a relatively simple premise. You as a bond-esque detective of sorts land on the top of a skyscraper, and have to make your way to the bottom using multiple elevators, and picking up briefcases that are necessary to obtain before passing. This is an earlier title for sure, and may seem a bit primitive off the bat, but the satisfaction comes from blasting your gun at the bad guys while dropping downward in the elevator, and timing your escalator trips just right, as your gun does not work on them. Even though the premise is simple, you have to give Taito credit for the little details, like sections where the power goes out, and things getting trickier as you reach the bottom. 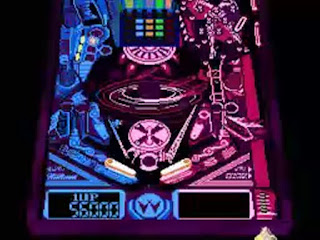 Pinbot is a release that many of my fellow gaming aficionados don't agree with me on, but I still stand by faithfully! Out of the gate in 1990, it is a conversion of the real-life pinball machine that is surprisingly fun. One thing to keep in mind is that as a designer, the task was to recreate play sensations on a flat plane, with 8-bit technology, and make it as realistic as possible. A bit of a risky release because so many were into NES for its graphics and multiple-level offerings, the screen splits so you can always see the flippers when the ball travels far north. Some purists did not like the fact that there are “extra elements” added to the game like enemies and hazards, but I have lots of love for it because it's a very faithful adaption, and a nice shift in gears from a vertical shooter or Zelda-styled quest. 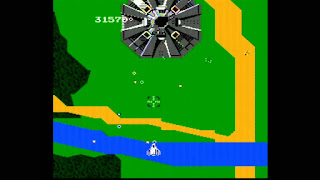 Xevious was one of the first games to use pre-rendered graphics, and was “made by the kings”, Atari themselves. It's a straightforward vertical scrolling shooter, and is thought to take place in Peru. Even though some very dedicated retro geeks don't think that the scenery changes quite enough, that is one of its draws: the constant green-on-blue and bombing targets provide a relaxed shooting showcase that still heats up righteously after just a few minutes. I admit that I really love the music on this game: it blends in perfectly with the “pew pew” of your offensive turrets, and sets a nice background pace for Xevious, a game I was immediately drawn to in its stand-up form. This is a prime example of some of the best in retro gaming, and a title that ranks high in all-around fun factor!

At the time I was writing this, I was planning a move to a bigger city. I was spending a lot of time playing these great games as well as websites such as this one looking for a studio apartment to rent. There's a wealth of knowledge out there to help with the task, and sure enough, I packed up and am now living in a bigger metro, where I continue to geek out over retro games, reviews things regarding to game culture, and dabble in real estate. Thanks for stopping by, and hope you are ready to blow hard on the top of any old cartridges that aren't quite working!