Pondering the Pit With The Push of a Button: Beaver Damage's “Spread Eagle” 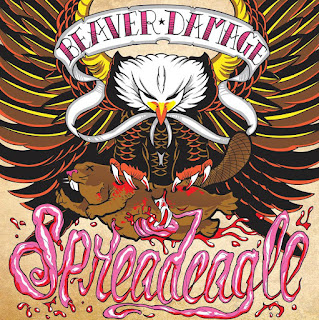 The notion of thrash, metal, punk and grindcore always conjure up images of unfathomed revelry, late nights around out of control fires, gasoline and sweat smelling rooms, and the thunk of palm muted guitar riffs. When DRI released The Dirty Rotten LP in 1983, a new way of perceiving headbanging and speed drumming was born, and the well calloused club of lightening fast percussionists and completely out of control shows was born. Suicidal Tendencies, Stormtroopers of Death, and punk greats The Dead Kennedys all shared one thing in common: they seemed more than a little unhappy with the system, had a middle finger extended towards society in general, and were always pleased to pierce the air with amps turned up so loud you were gonna feel like you lost a fist fight with three people the next day. 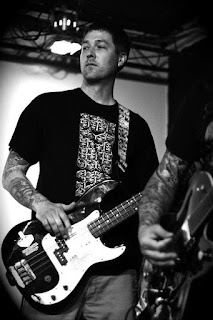 I settled in to listen to Beaver Damage's “Spread Eagle” album with a bit of a vision in my head of what greats Slayer and Pantera had become: not just bands, but an entity out of control, that hundreds of thousands of people now worship for their precision, volume, and unfiltered power. At first listen of the track “You'll Never Make It” the drums caught my attention right away: very precise, crisply miked up, and well earned prestige on the double bass. The guitar riff wanders a bit like The Dead Kennedys' “Holiday In Cambodia”, then the vocals remind me of the anger and junk yard scorch of heavyweight grind core contenders HateBreed. An obviously jaded number about someone who was once told they were worthless, it scoffs defiantly through with quite the unmodified diesel formula: complete stops, good breakdowns, and plenty of sinister snarling. 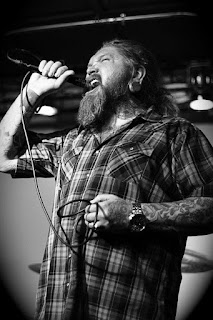 The next track on the list was “Cowboys and Lycans”, and it began with a much more calculated approach: palm muted lead, soaring barre chords on rhythm, and came out of the assembly line sounding much like what Prong or Valient Thorr has on tap: palm muted dribbling of the ball that easily graduates out of beginner's class with the syncopation. A few well placed pinch harmonics, the same angry voice and the middle breakdown had me thinking about another one of the most underrated thrash bands of all time: The Accused. This track reminded me a bit of the heavy jumping around and boisterous air of an album that any true thrash fan should check out: “Martha Splatterhead's Maddest Stories Ever Told”. Just an all out assault and mind blowing display of skill, it still carries much weight in the thrash community. 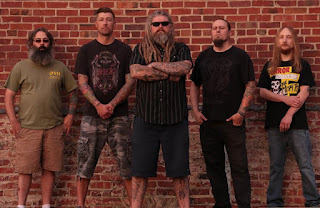 The third track “Cro-Magnon Man” immediately had me drawing parallels to one of the greatest moments I had experienced over the last two years: seeing Clutch at Riott Fest. The delivery of this song, the way the vocals switch it up to an almost playful sneer, and the simple notion of a primitive being and straightforward chorus with the drum sound I appreciated in the beginning still rang true, and it was my favorite track from them yet. Last on the list for my sampling was “Derailed”, and even though the timing and writing leans towards the mathematical, I was reminded of pioneers Motorhead, just due to the sheer haul ass factor and swagger. At 53 seconds there is a sweeping guitar solo that fits the tune perfectly, with some nice hanging notes and a few harmonics, minus the unnecessary waltz through some flashy sweep picking that scores of metal solos fall prey to. This 12 song album will be available from Beaver Damage during their next live show with shock thrash kings Gwar, and will surely stoke more than one patron where the notion of thrash itself begins: into the circling pit.

Posted by Jonnymwpro at 3:20 PM